Ranger is an appropriately 2 1/2 year old standard poodle. He was found running at large here in Falcon and had been on the run for at least 7 days. When we found him we were able to scan him for a microchip and track down his former owner who surrendered him to us. We don’t know a lot about him but we do know he is a 2 1/2 year old apricot and white pure bred standard poodle. We have had Ranger a month now and he is recovering well. He was completely matted when we found him, full of spear grass, fleas and about 15-20 pounds underweight.
Ranger would do best in a home without other dogs, this may change after his neuter and we will update accordingly. He has ignored my cats. He would do best in a home that does not have a lot of new people coming and going. He is an insecure boy. He bonds strongly to one person and would do anything for them. He’s very eager to please, very food motivated and quick to learn. He is unsure around my young son so we feel would do best in a home with either older children or no children. He would do amazing in performance events I think. He is great for grooming.

Ranger goes in to be neutered on October 16th and will be available to the perfect home after his recovery. 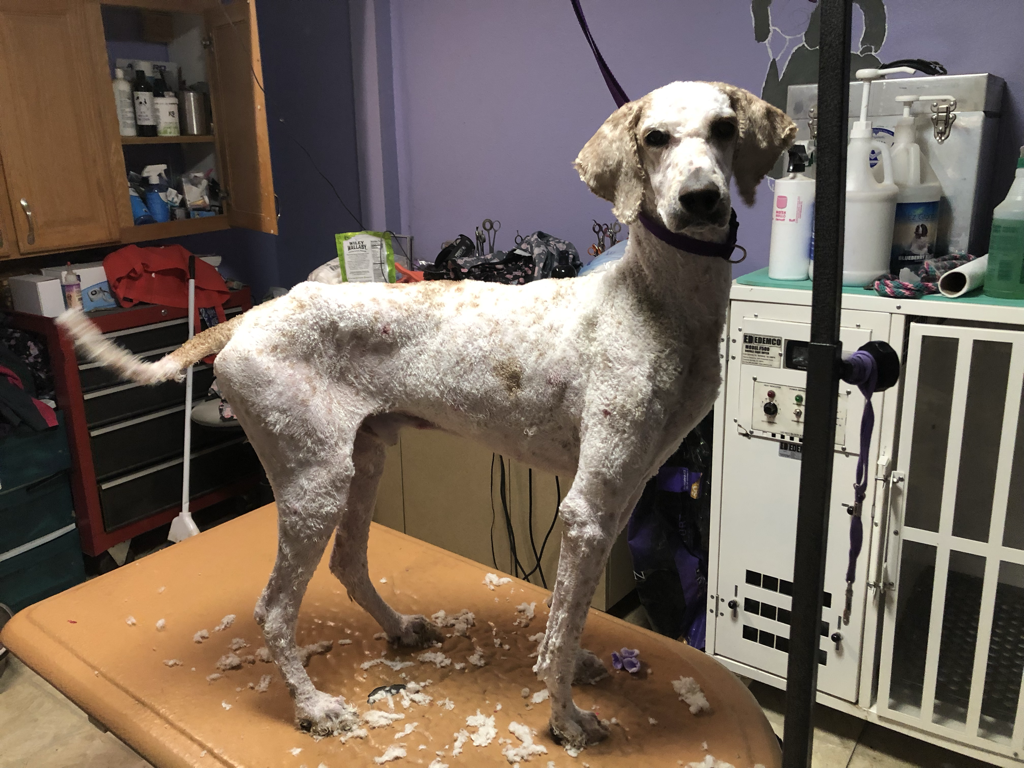 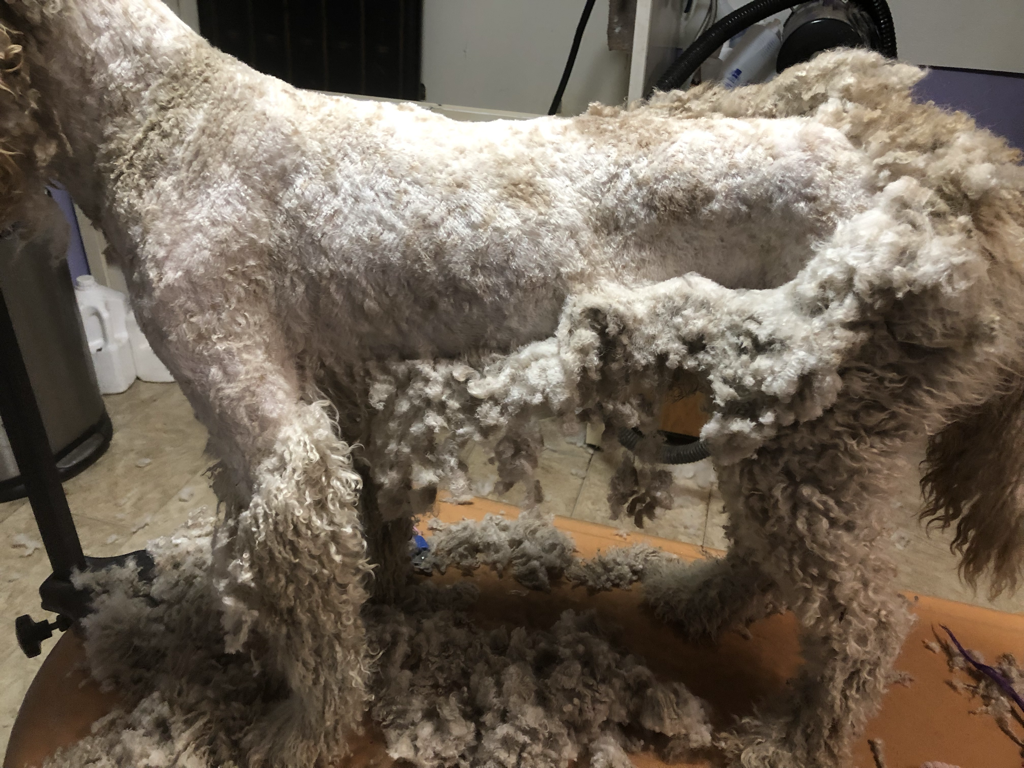 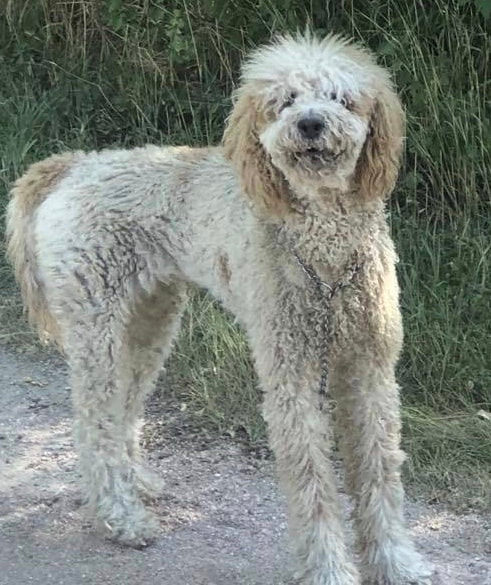