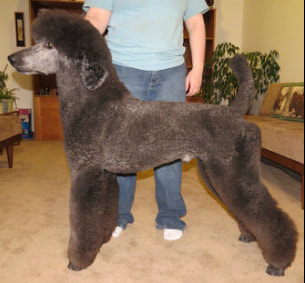 Rhino our big light blue boy. He is Parti factored and will be the foundation male for our multi color lines. His Mother is Alley. We have high hopes for our spunky boy. Rhino is a Big boy he weights about 80 pounds at 3 years old. He is very handsome. He is a total Daddy's boy and would do anything for Brad. We are so happy Rhino took breed and a group 4th at one of our Utah UKC shows. At the Berthed Show UKC he finished his Champion ship with another group 4th and a Group 2nd. He took a Best of Breed at the 2013 Gateway UKC Show which is UKCs second largest show in the US. He also earned his AKC Canine Good Citizen title. He now has his Grand Championship. He has earned his Rally Novice title. He has puppies currently in training for Service and therapy work.

Rhino Finished 2013 in #2 Place in UKC's Top ten for Standard Poodles.
He is the #1 Standard Poodle in the USA with UKC.
The UKC Top ten ranking includes dogs from the USA, Canada, Japan and Italy.

Rhino is Available for Stud to Approved Standard Poodle Females. 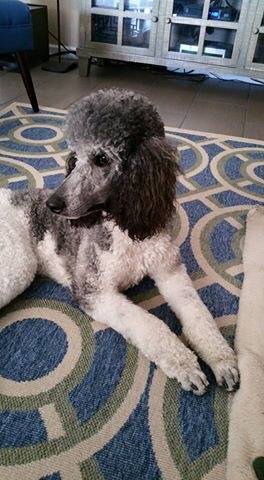 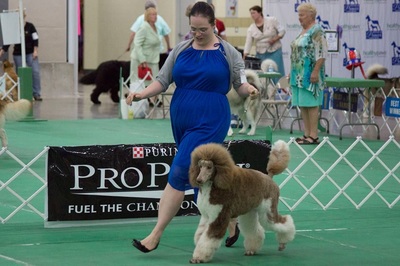 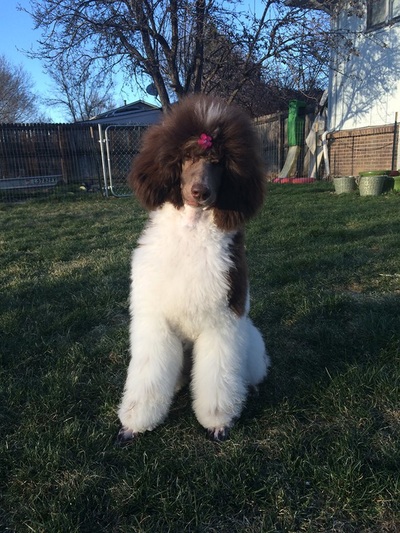 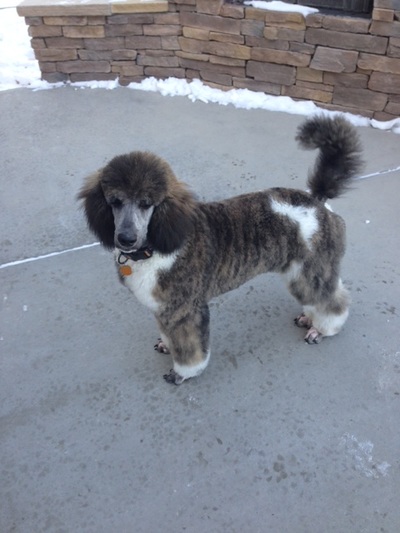 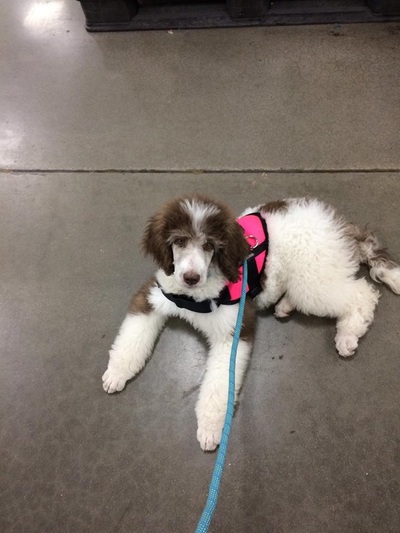 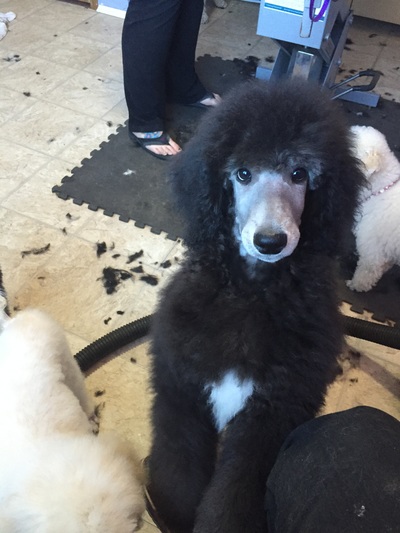 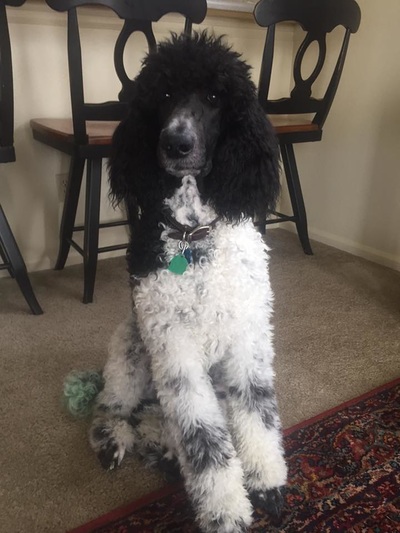 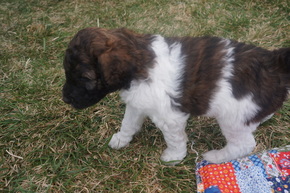 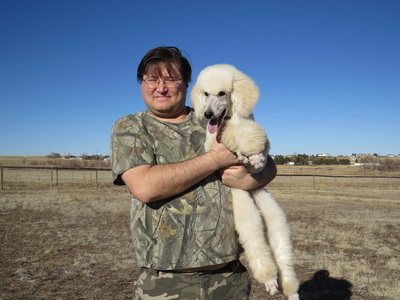 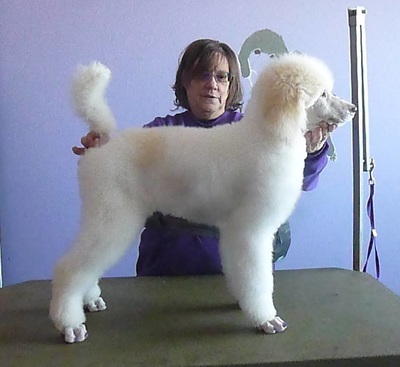 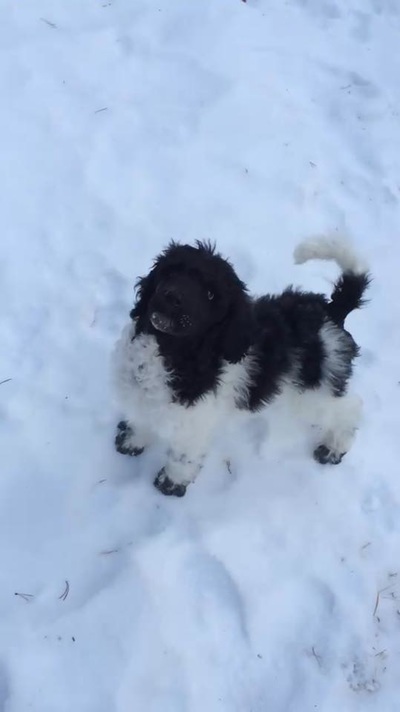 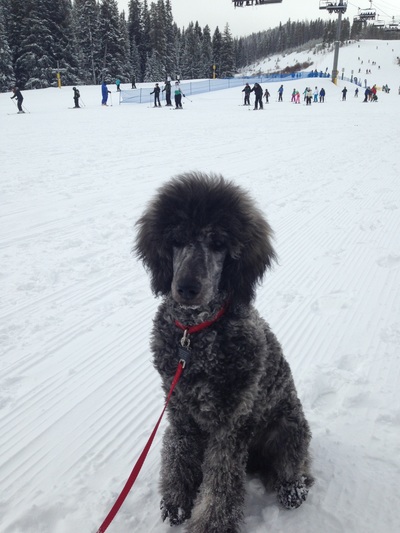 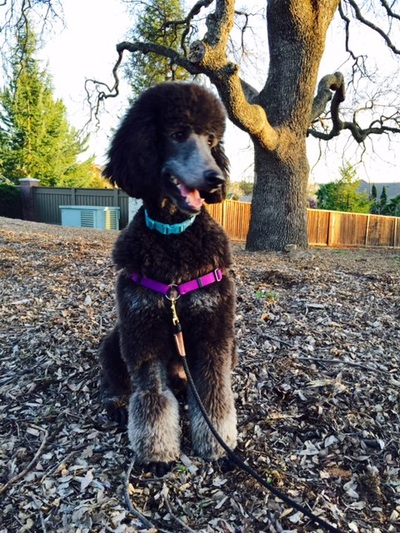 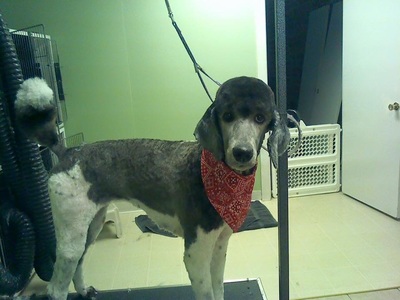