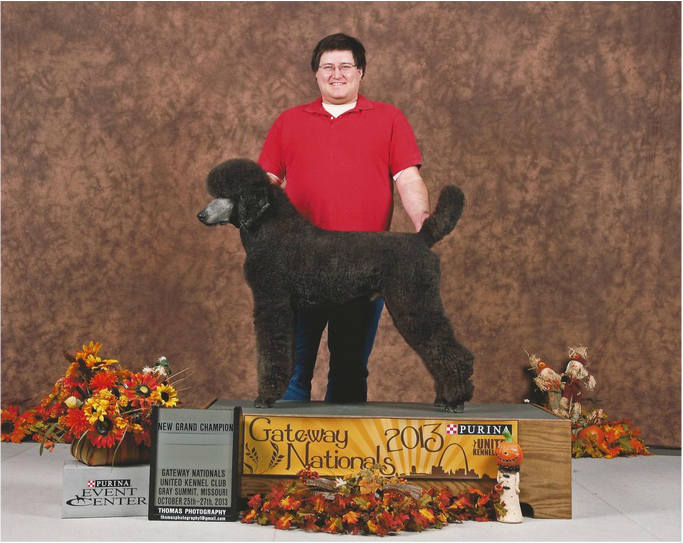 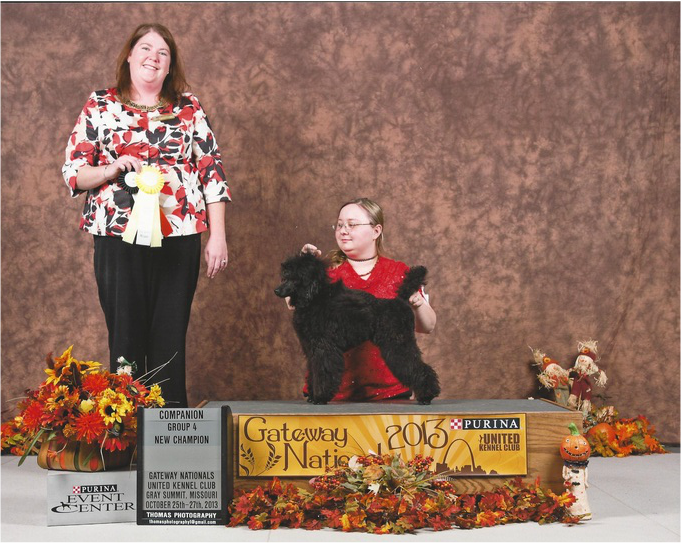 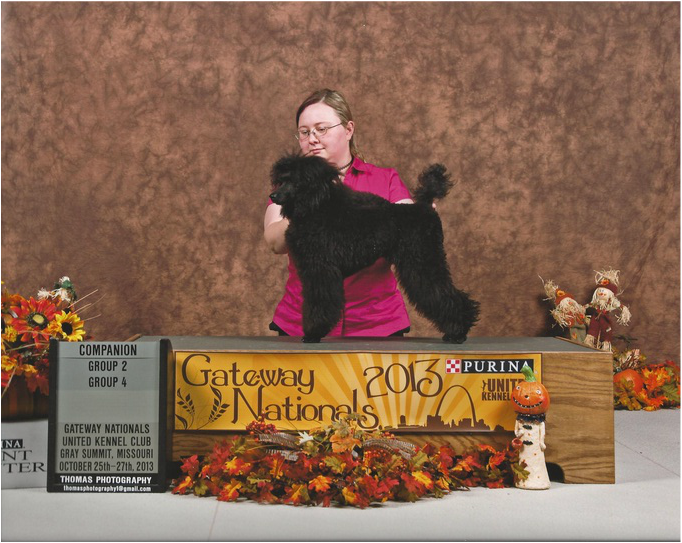 UKC Shows April 13-14
Saturdays Show #2... WindSwepts' I'm a Country Boy or Rhino got Best of Breed and his first competition win, he also took 4th in group at the same show.

Sundays Show #2... WindSwepts Pretty Woman got a Group 3rd which was also her 3rd competition win and she is now a UKC Champion!

Will get pictures up soon. 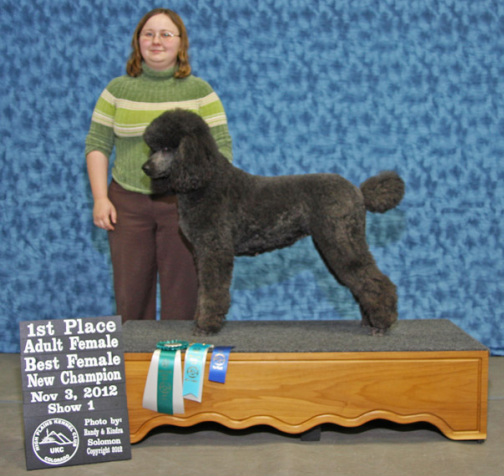 2 wins with compitition for Rayne 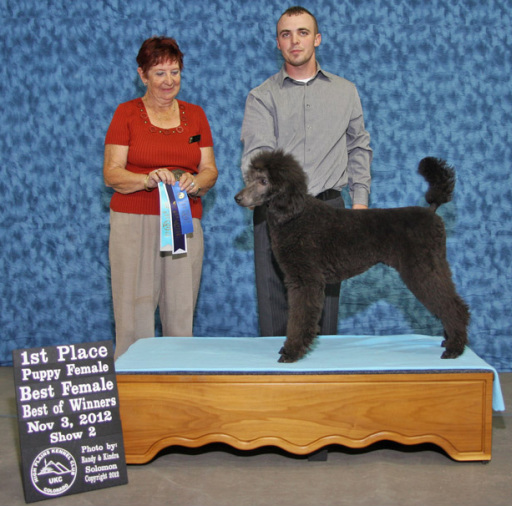 Dizzy got Best of Breed
over Multiple champions and Grand Champion. 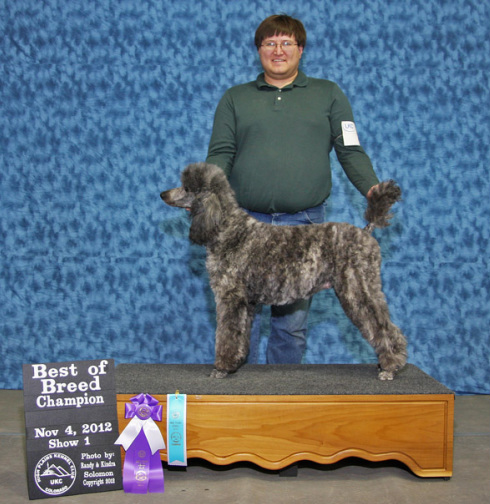 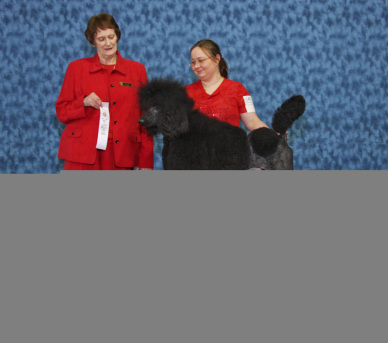 Diesel got reserve champion or second in the chamion class. 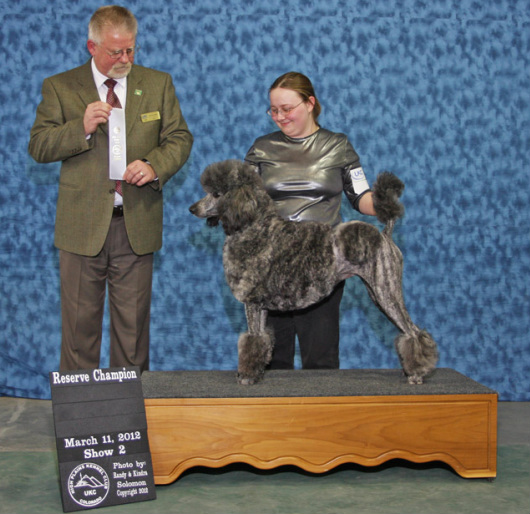 Dizzy got reserve champion or second in the champion class. 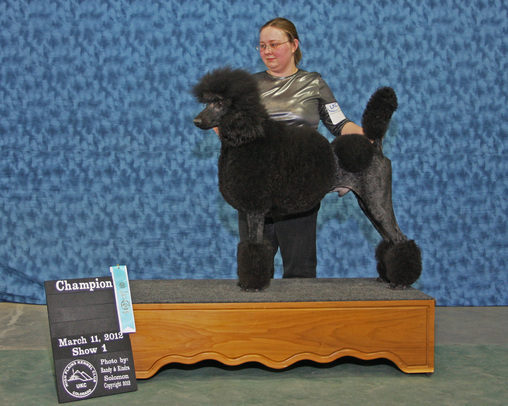 Diesel got champion or first place in the champion class giving him his first leg towards his grand champion title. 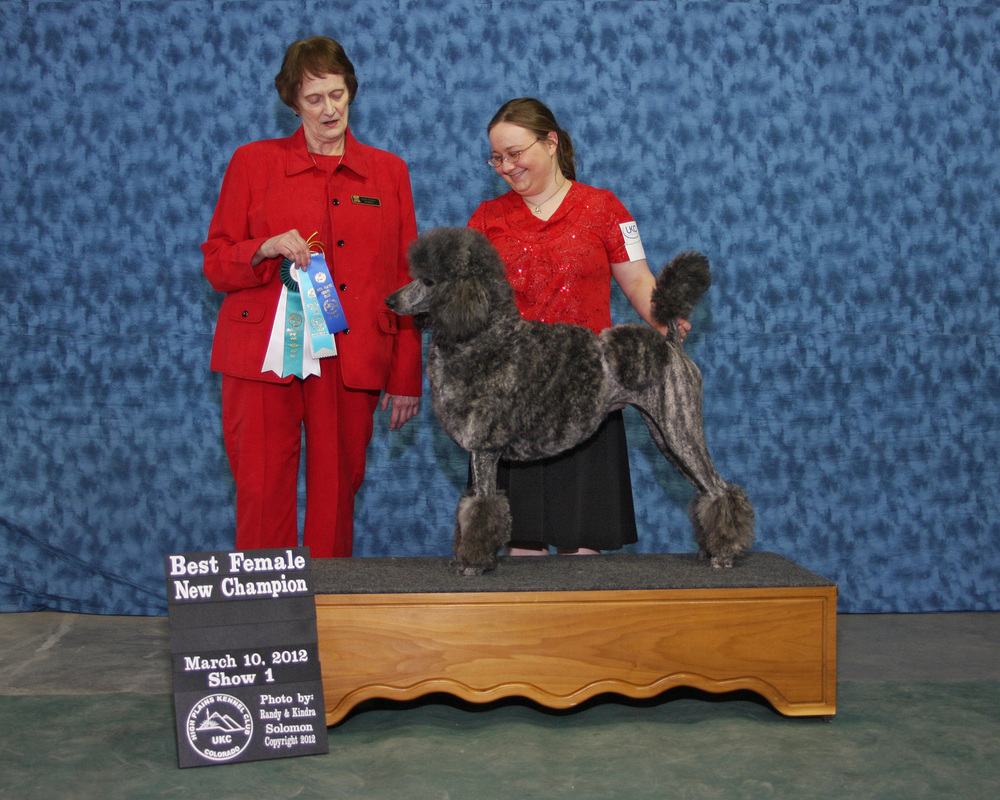 NEW CHAMPION!!!
Dizzy got her last win with competion giving her her UKC champion ship. 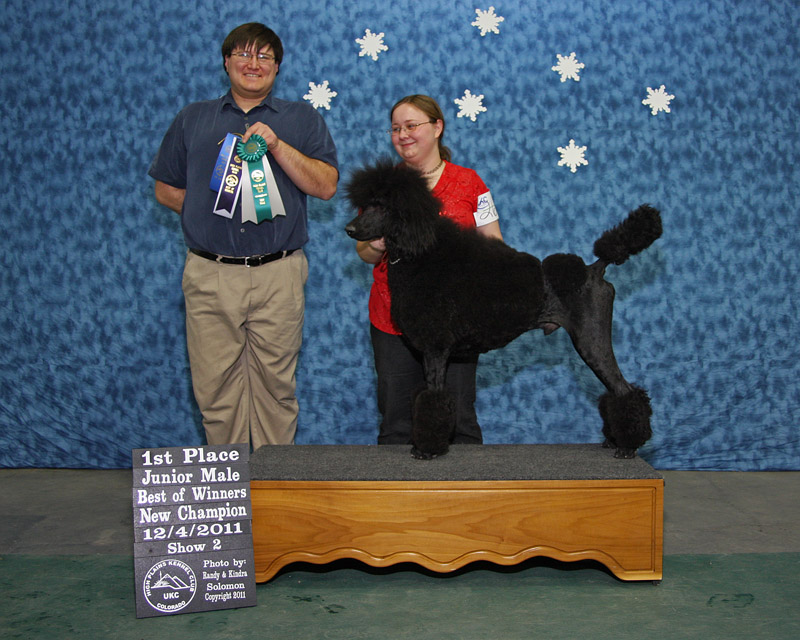 Diseil got his UKC championship with 2 best of winners and 1 best male solid color, he did great and was such a good boy.
Alley placed best female solid color twice which gives her 2 of the 3 needed wins with compitition. 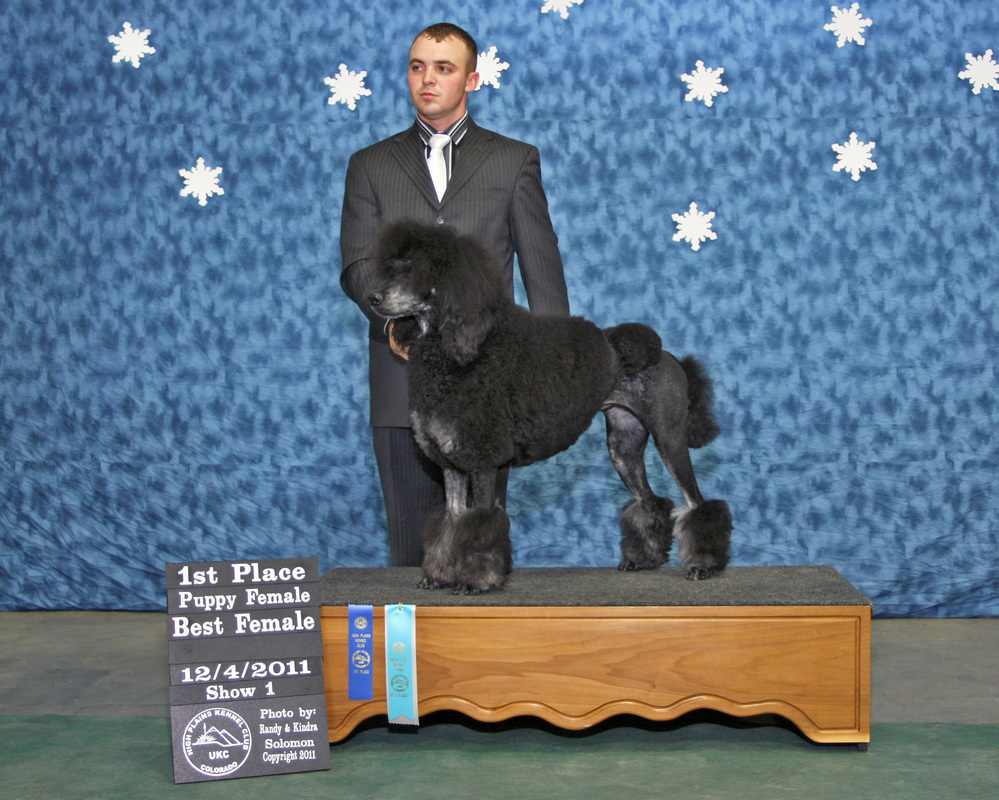 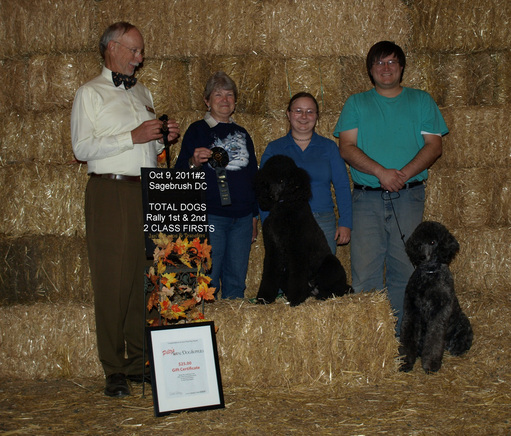 Alley and Dizzy both qualified for total dog on sunday the 9th. They both got a qualifying Rally score and won their classes. 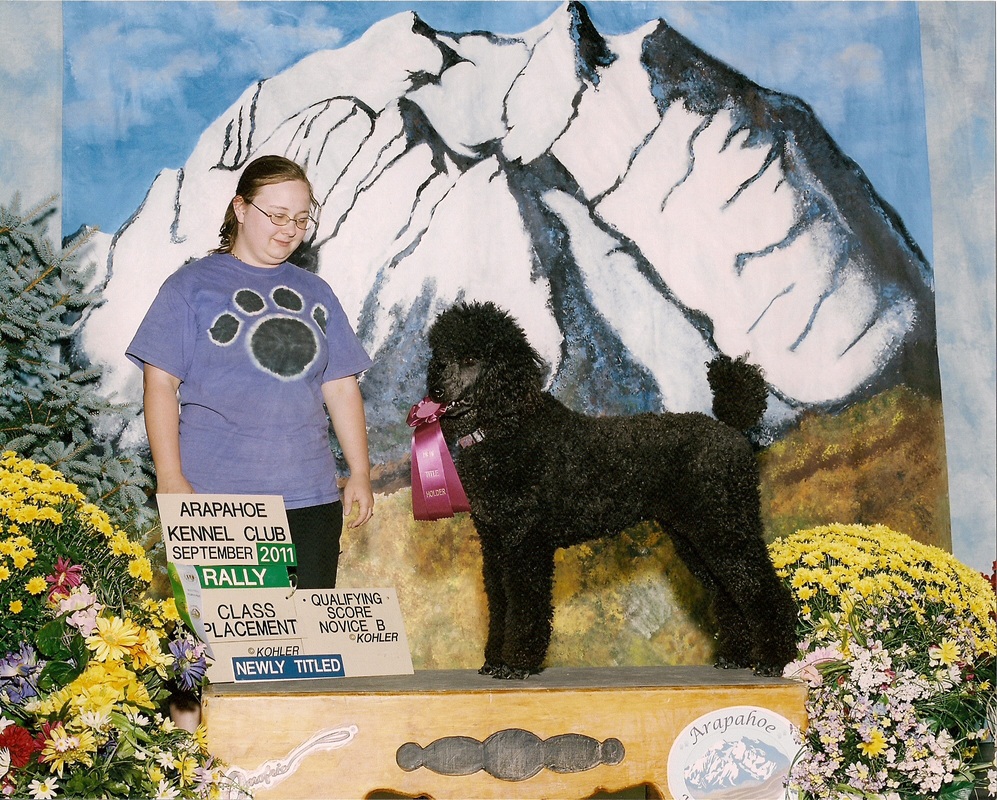 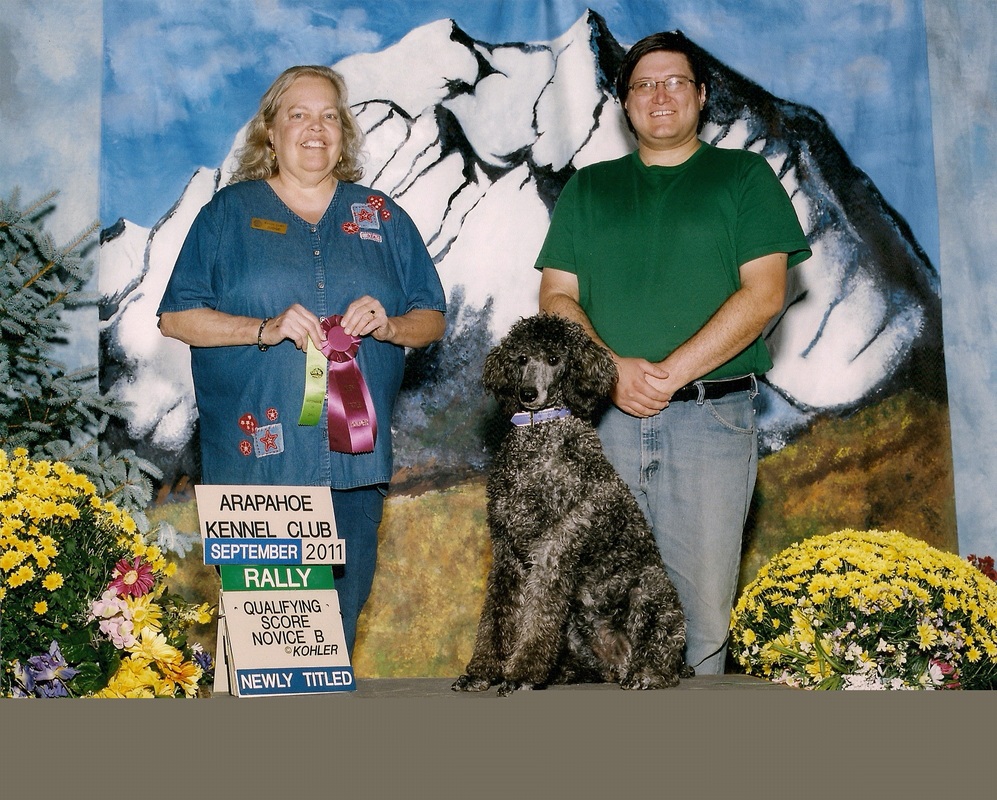 Alley finished her Rally Novice title on Saturday with a 95. So we moved her up to Rally Advanced (RA) on Sunday and she got her first  leg with a score of 95 and second place. I am just thrilled! :)

Dizzy finished her Rally Novice title on Sunday, Hurrah!  She scored a 79 with me handling her on Staurday and a score of 94 on Sunday with Brad. She is such a Daddy's Girl, and not even a year old yet.

Jake got 2 legs for Rally novice with a 78 on Saturday and an 82 on Sunday. I am so pleased with him, he is only 15 months old and it was his first show. 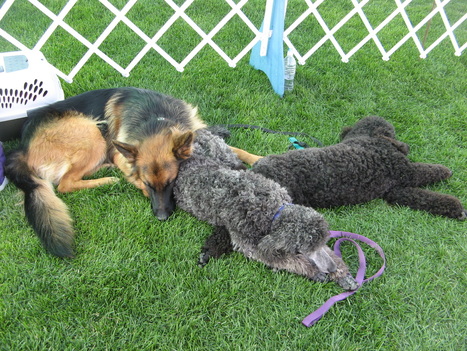 Alley got 2 legs towards her Rally Novice (RN) title. Saturday we scored a 97 and Sunday we placed third with a score of 96. All scores for Rally are out of 100.

Dizzy got 1 leg towards her RN with Brad handling her. On Saturaday they did not qualify due to some handler mistakes and on Sunday they scored an 82. Not bad for an eight month old girl! 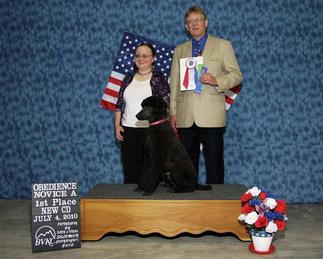